In addition to Beyoncé taking on the role of Nala in The Lion King, the artist released The Lion King: The Gift, a 14-track album to accompany the live-action remake’s soundtrack.

We covered that and the South African artists, Moonchild Sanelly and Busiswa, who she included on the album last week.

The first single, Spirit, was an instant hit, but the music video has sparked controversy.

Before we launch into the comparison, here’s La Maison Noir: The Gift and The Curse:

Why should anyone expect Ali Abdul-Karim Judan to have any different view of women?

The Qur’an teaches that men are superior to women and should beat those from whom they “fear disobedience”: “Men have authority over women because Allah has made the one superior to the other, and because they spend their wealth to maintain them. Good women are obedient. They guard their unseen parts because Allah has guarded them. As for those from whom you fear disobedience, admonish them and send them to beds apart and beat them.” — Qur’an 4:34

It declares that a woman’s testimony is worth half that of a man: “Get two witnesses, out of your own men, and if there are not two men, then a man and two women, such as you choose, for witnesses, so that if one of them errs, the other can remind her” — Qur’an 2:282

It allows men to marry up to four wives, and have sex with slave girls also: “If you fear that you shall not be able to deal justly with the orphans, marry women of your choice, two or three or four; but if you fear that ye shall not be able to deal justly, then only one, or one that your right hands possess, that will be more suitable, to prevent you from doing injustice” — Qur’an 4:3

It rules that a son’s inheritance should be twice the size of that of a daughter: “Allah directs you as regards your children’s inheritance: to the male, a portion equal to that of two females” — Qur’an 4:11

It allows for marriage to pre-pubescent girls, stipulating that Islamic divorce procedures “shall apply to those who have not yet menstruated” — Qur’an 65:4

A local Brooklyn mosque with a checkered history and once surveilled by the NYPD continues to promote radical content online.

Ali Abdul-Karim Judan, mosque spokesman and head of security for the at-Taqwa Mosque in Bedford-Stuyvesant, Brooklyn, posted a video on Facebook Live titled, “Are Muslim Women Who Are Covered According to What Allah Has Legislated in the Qur’an and Women Who Are Not Judged Equally?”

In the video, Karim argues that women who do not fully cover their bodies and who show “any indication” of their form, are “cursed,” “disobedient” and “deviant.” This includes “any woman who wears perfume in public,” as well as members of the trans community.

Preaching to a Facebook audience of over 5,000 followers, Karim claims that God’s laws assign men and women “different roles,” and that men are the designated “maintainer” of women.

He discusses the Islamic concept of Tabarraj, or “beautification,” which he argues is “forbidden” and “so abhorrent that it is associated with fornication, stealing and all other sins.”

He concludes that Allah does not judge equally women who are dressed in “clothes of righteousness” and those who are not, calling the issue of women’s dress a “crisis” in society that must be “managed.”

Despite its association with supposedly progressive Islamic organizations such as CAIR, MAS and ISNA, the at-Taqwa Mosque revealed itself to be an illiberal institution that espouses demeaning views toward women and the transgender community.

It is worth noting that the Council on American-Islamic Relations (CAIR), a prominent Islamic organization that emphasizes an alliance with progressive groups, claims to stand for women’s rights, and uniformly endorses Democratic candidates in local, state, and federal elections, has a close relationship with at-Taqwa.

SIRAJ WAHHAJ, the mosque’s leading imam and a regularly featured speaker at CAIR’s annual banquets, has called homosexuality a “disease” punishable by death, and declared in 1992 that he would set fire to a proposed mosque in Toronto that was tolerant of the LGBT+ community. Wahhaj previously defended stoning and other forms of punitive violence and, on several occasions, has come to the defense of convicted terrorists, including Omar Abdel-Rahman, otherwise known as the “Blind Sheikh,” who masterminded the 1993 World Trade Center bombing and inspired dozens of other terrorist plots….

Brooklyn: Mosque spokesman says women who show “any indication” of their form are cursed, disobedient and deviant

LOS ANGELES — A jury on Monday found that Katy Perry’s 2013 hit “Dark Horse” improperly copied a 2009 Christian rap song, setting up arguments over how much the singer and other defendants will owe.

The case now goes to a penalty phase, where the jury will decide how much the plaintiffs are owed for copyright infringement.

Gray’s attorneys argued that the beat and instrumental line featured through nearly half of “Dark Horse” are substantially similar to those of “Joyful Noise.”

“Dark Horse,” a hybrid of pop, trap and hip-hop sounds that was the third single of Perry’s 2013 album “Prism,” spent four weeks atop the Billboard Hot 100 in early 2014, and earned Perry a Grammy nomination.

Perry’s attorneys argued that the song sections in question represent the kind of simple musical elements that if found to be subject to copyright would hurt music and all songwriters.

“They’re trying to own basic building blocks of music, the alphabet of music that should be available to everyone,” Perry’s lawyer Christine Lepera said during closing arguments Thursday.

Perry and the song’s co-authors, including her producer Dr. Luke, testified during the seven-day trial that none of them had heard the song or heard of Gray before the lawsuit, nor did they listen to Christian music.

Gray’s attorneys had only to demonstrate, however, that “Joyful Noise” had wide dissemination and could have been heard by Perry and her co-authors, and provide as evidence that it had millions of plays on YouTube and Spotify, and that the album it’s included on was nominated for a Grammy.

“They’re trying to shove Mr. Gray into some gospel music alleyway that no one ever visits,” said plaintiffs’ attorney Michael A. Kahn during closing arguments, when he also pointed out that Perry had begun her career as a Christian artist.

The 34-year-old pop superstar and “American Idol” judge brought laughs to the proceedings when she testified during its second day, and her lawyers were having technical troubles getting “Dark Horse” to play in the courtroom.

“I could perform it live,” Perry said.

No performance was necessary after the audio issues were fixed. Jurors heard both songs played back-to-back in their entirety at the end of closing arguments this week.

Perry was not present for the reading of the verdict Monday afternoon.

“Protect your seed black men invest it into white, Asian or Latinas”

“The Afro-American Negro – The Mudsill?” 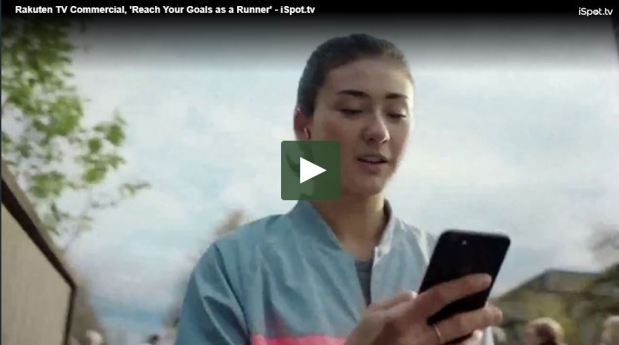 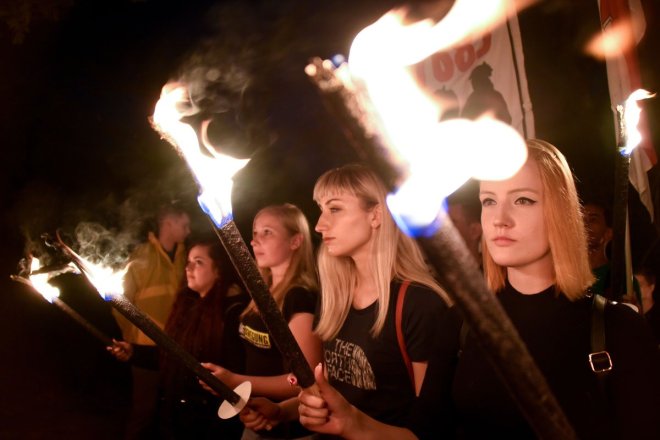 Richard Bertrand Spencer (born 1978) is an American neo-Nazi and white supremacist. He is president of the National Policy Institute(NPI), a white supremacist think tank, as well as Washington Summit Publishers. Spencer created the term “alt-right“, which he considers a movement based on “white identity“. Spencer advocates white-European unity, a “peaceful ethnic cleansing” of nonwhites from America, and the creation of a “white racial empire,” which he believes would resemble the Roman Empire.

His influence has emboldened the likes of Dylan Roof, Elliott Rogers, Travis Ricci  and James Jackson to name a few. All killers of black and white people for the same exact reason. Loving a white female that has been snagged by a black male.

Egypt’s Minister of Immigration and Expatriate Affairs Nabila Makram has told an audience in Mississauga, Ont., that anyone speaking “against Egypt abroad” will be “punished.”

A video of Makram’s comments last Sunday shows her making a slicing motion across her neck while making the remark.

The audience of mainly Egyptian expatriates responded to Makram’s words with laughter and applause.

Makram said in her talk, “We only have one country: Egypt … and we cannot bear any negative word about it abroad.”

The video has gone viral after independent Egyptian journalist Mohamed Nasr posted a copy of it on Twitter. Nasr says an anonymous source who attended the event sent him the clip.

Some Egyptians in Canada are incensed by Makram’s words, pointing to the current Egyptian regime’s human rights abuses against political dissidents, many of whom now live abroad, says Mohamed Kamel, co-founder of the Egyptian Canadian Coalition for Democracy, an opposition group critical of Egypt’s President Abdel Fattah el-Sisi.

“We consider that a direct threat,” says Kamel. “We’re assuming that her comments were aimed at all Egyptians around the world.”

Human Rights Watch estimates 60,000 people have been arrested as political prisoners since el-Sisi came to power in 2013 through a coup.

The news story, published last month, downplays the government’s defense of Islam and inevitable punishment of its critics, even though “Islamaphobia” is cited in the story as a legal definition borrowed from the Ontario Human Rights Commission.

In other words, Canada is coming after the “haters.”

“Favoring one religion over all the others, and then spending forty-five million dollars to teach that religion to Canadian students, this is nonsense,” complains Dr. Charles McVety, who is president of Canada Christian Collegeand also leads the Institute for Canadian Values.

According to the Post story, $4.6 million is earmarked for creating an anti-racism secretary; $30 million to remove “barriers” in employment and participation in sports, arts, and culture; and $5 million to address “online disinformation” and “hate speech.”

The approved definition of “Islamaphobia” is:

Includ(ing) racism, stereotypes, prejudice, fear or acts of hostility directed towards individual Muslims or followers of Islam in general. In addition to individual acts of intolerance and racial proﬁling, Islamophobia can lead to viewing and treating Muslims as a greater security threat on an institutional, systemic and societal level.

Despite a stated plan to address anti-Semitism, too, McVety says Christianity is not addressed  and Islamic leaders will offer input about what to teach in the classroom.

So there is no balance at all, he says.

Writing at watchdog group The Clarion Project, Muslim author Raheel Raza says she testified to Canada’s parliament that the term “Islamaphobia” dates back to the 1990s and the Muslim Brotherhood, when that organization was firsturing the West to view Muslims as victims.

“It is also in sync,” she writes, “with a constant push by the OIC (Organization of Islamic Cooperation) to turn any criticism of Islam or Muslims into racism and bigotry.”