Stacey Dash was arrested for domestic violence in Florida over the weekend … TMZ has learned.
Law enforcement sources tell us the “Clueless” actor was busted Sunday in Pasco County — where she owns a home — after getting into a squabble with her new husband, Jeffrey Marty, and allegedly putting hands on him.
We’re told cops were called to a home around 7:45 PM to respond to a domestic dispute between Stacey and Jeff. Our sources say Stacey allegedly pushed and slapped him and that’s when officers arrived … they saw scratches on his left arm.
Stacey was taken into custody, where she’s currently being held on $500 bail. We’re also told in these types of incidents, the local authorities often hold people for a 24-hour cooling-off period.
The couple just got hitched last spring in a secret wedding ceremony down in the Sunshine State. Not much is known about her hubby of 1 year, other than the fact that he’s a lawyer. It’s Stacey’s fourth marriage.

Noted columnist and author Tarek Fatah was attacked and abused on the streets of New York by pro-Pakistani individuals for lending his support to Baloch and Sindhi activists protesting against atrocities by Pakistan.

Fatah shared a video of the incident which was earlier uploaded by a Pakistani troll:

A Wellington man who was part of an apocalyptic cult is warning others about their deceptive recruitment tactics and dangerous teachings.

The man, who Stuff has chosen not to name, was involved with Shincheonji – also known as the “New Heaven and New Earth” church – until a few weeks ago.

Concerns were raised last month after it was revealed Shincheonji had been recruiting people in the capital.

They teach a distorted Christian theology heavily focused around the end of the world and have been criticised for brainwashing people and breaking apart families.

Founder of the group Lee Man-Hee professes to be Christ’s messenger, and is referred to as “God’s advocate” by followers.

The Wellington man – who is in his early 20s –  joined the group after being invited to a Bible study by a friend earlier this year.

The group, made up of half a dozen people, met regularly at a house in Karori. The majority of members were young professionals.

The leaders of the group initially seemed normal, and were offering the Bible study to people who wanted to grow in their faith, he said.

The man believed he was one of a number of people new to the group, and formed friendships with the leaders and other members.

“Sometimes we just hung out. They seemed like normal, friendly people.”

However, over time the teachings became increasingly twisted and secretive.

None of the leaders had social media accounts or gave away any personal information – including their last names.

Members were told “to get rid of our own thoughts” before studies and to not tell anyone else about what they were doing.

They were also encouraged to distance themselves from people not part of the group.

“We were told not to do outside research because mixing teachings from elsewhere would poison our minds.”

The teaching increasingly focused on the group having exclusive knowledge of the Bible and the true revelation of its meaning.

This included Lee Man-Hee a prophet appointed by God.

Eventually the leaders revealed they were Shincheonji. Some of the people claiming to be new members of the Bible study were already Shincheonji members, planted to help with the recruitment process, the man said.

The group revealed they infiltrated churches to “harvest” people and teach them the “truth” about the Bible.

“I was sickened to my stomach at how blatantly manipulative their practices were.”

The man is now wanting to warn others about the group.

“These people seem to know the Bible extremely well. You need to think critically about what they are trying to teach you and be alert.

“If you are involved and want to get out – don’t be ashamed.”

Senior church leaders throughout Wellington met earlier this month to discuss how to respond to the cult.

Pastor Nick Field of The Street Church said it seemed Shincheonji had been active in Wellington since last year.

Much of their activity had been based out of the house in Karori and had only fully come to light recently, he said.

“I have never come across a cult which seems to be as highly organised, systematic and effective in what they are doing,” Field said.

Upwards of 12 members of the The Street congregation had been caught up in the cult, while many more had been approached.

Those people involved had similar experiences to the man spoken to by Stuff.

“I am proud of these people who have stepped out of this group and talked to us. There is no shame. There is no embarrassment.”

A 12-year-old Virginia girl who accused three white boys of cutting her dreadlocks now says her story was false.

Amari Allen said last week that she was cornered on the playground, where one boy covered her mouth, another grabbed her arms, and a third cut off sections of her hair. She said they called her hair “nappy” and told her she was “ugly,” NBC Washington reported at the time.

But on Monday, her family and the school, Immanuel Christian School in Springfield — where Karen Pence, the wife of Vice President Mike Pence, works part time as an art teacher — released statements saying that Allen’s story was false.

Qatar has been accused of using charitable institutions to fund extremism in Europe in a new documentary released by Arte Channel, a Franco-German free-to-air television network that promotes cultural programming.

The documentary, which premiered on September 17, showcases how Qatari royals and officials have been laundering money and funding the Muslim Brotherhood and other terrorist organizations in European countries including Italy, France, Germany, and the UK.

Documents leaked to journalists Georges Malbrunot and Christian Chesnot reveal in detail how Qatar Charity, an NGO founded in 1992 and active today in seventy countries, has been used to finance the Muslim Brotherhood. The journalists were given the documents – evidence of bank transfers, emails, and other information – on a hard drive by a whistleblower.

Qatar Charity’s largest project is “Centre An-Nour” (An-Nour Center) in Mulhouse, France. The center includes a two-story mosque, classrooms, a library, a restaurant, a halal market, a swimming pool, and a medical center.

According to the documentary, the center cost €28 million ($30 million) to build. Nasser al-Qadi, the president of the France-based Association of Muslim Alsace (AMAL) who administer the center, told Malbrunot and Chesnot that AMAL had received more than half of the project’s budget from Qatar Charity.

The documentary also features Chesnot reviewing official Qatar Charity documents with Director of the Program on Extremism at George Washington University Lorenzo G. Vidino. They note that the organization funded various projects in the Welsh city of Swansea, the French cities of Mulhouse and Strasbourg, as well as London, Berlin and Luxembourg.

Chesnot and Vidino also reviewed a letter signed on behalf of one the Muslim Brotherhood’s spiritual leaders Yusuf al-Qaradawi, calling on organizations to fund the construction of a mosque in Milan.

The journalists met with Qatar Charity under the guise that they were potential investors. Using hidden cameras, they filmed an official who told them that the organization has been funding projects in Europe, and was looking to fund a big project in London.

Qatar Charity has since stopped responding to any inquiries by Arte Channel. 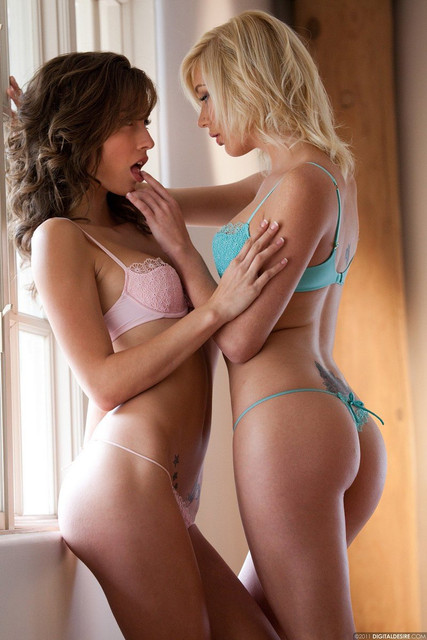 Edinburgh University has been slated for hosting an event where white people will be banned from asking questions – which has been described as ‘blatantly racist’.

A Q&A event – Resisting Whiteness 2019 – will bar Caucasian guests from speaking from the floor.

There will also be two ‘safe spaces’ – one of which white people are banned from entering.

University bosses have ‘raised concerns’ about aspects of the event.

The event will take place on Saturday at the prestigious university, with the intention of ‘amplifying the voices of people of colour’ and giving ‘people of colour a platform to talk’.

The all-day event costs up to £20 to attend, and will be held at the Pleasance Theatre.

A blurb says: ‘We will therefore not be giving the microphone to white people during the Q&As, not because we don’t think white people have anything to offer to the discussion, but because we want to amplify the voices of people of colour.

If you are a white person with a question, please share it with a member of the committee or our speakers after the panel discussion.’

And it explains why white people have been barred from one of the ‘safe spaces’ – for people to retreat if they feel ‘overwhelmed/overstimulated or uncomfortable’.

It said: ‘The Braid room is a safe space for only people of colour, and the Cheviot room is available for anyone who needs it.’

‘It sets back the battle to achieve equality and fairness by decades, all because of the actions of a tiny group of extremists, whose perverse sense of logic has led them to belittle white people, not by who they are as individuals, by merely because of their skin colour.

‘Imagine if this event was called ‘Resisting Blackness’ and non-white people were told they could not ask questions, nor access a room because they were the ‘wrong’ colour.’

A spokesman for the University of Edinburgh said: ‘Tackling racism is an important topic for debate and the University is supportive of events addressing this issue.

‘However, we are an organisation that places great value on issues around equality and voice.

‘Consequently the University has met with the event organisers to ensure the event is compliant with our values.

‘We have expressed our concerns to them about certain aspects of the format of the event and they are revising their ‘safe space’ policy for the conference as a result.’