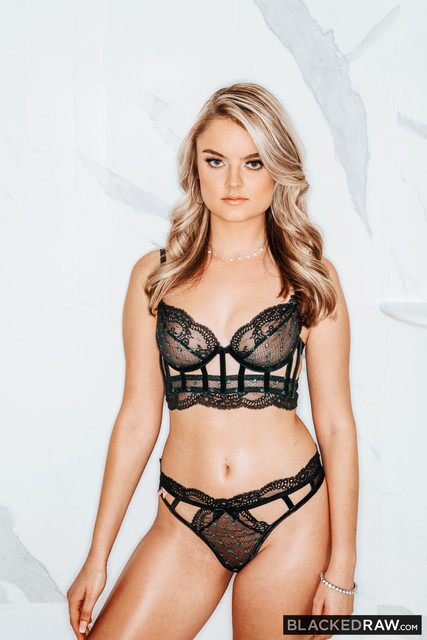 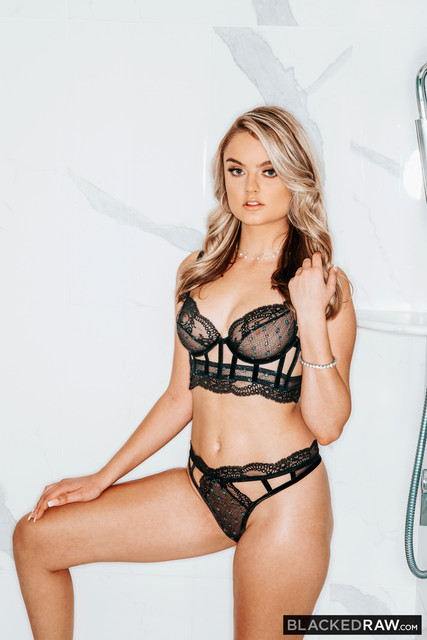 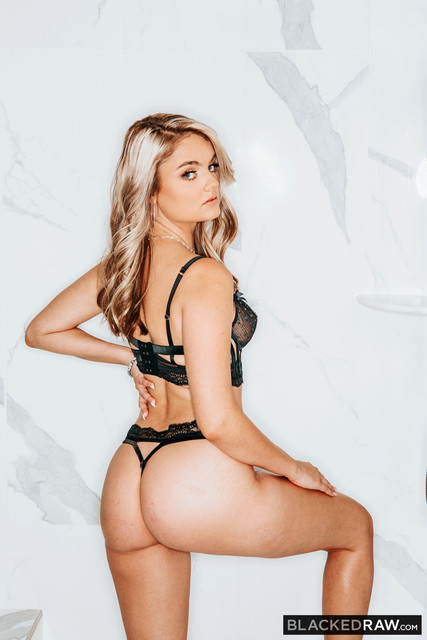 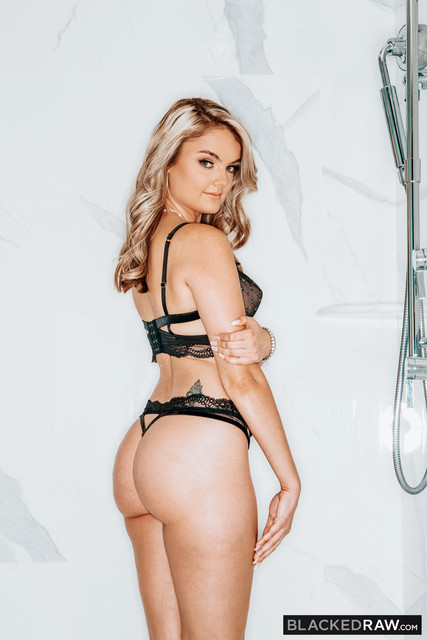 Great indignation in Austria: In the capital Vienna a woman in a burkini is said to have complained about a naked person in the changing room of a swimming pool. The media are already talking about the “swimming pool affair” – there are also initial reactions from politicians, reports the Zurich press.The alleged “victim” entered the ladies’ changing room of the swimming pool in the Vienna district of Simmering accompanied by her son – dressed in a Muslim swimsuit, a burkini. There she met a 57-year-old woman who was about to change.She felt offended by the nakedness of the woman while changing her clothes and is said to have confronted the naked woman as well. However, the bathing rules clearly state the following: bathers are allowed to be naked in the changing rooms.Even wearing a burkini is allowed in Viennese swimming pools. According to the chairman of the Freedom Party, this, like the whole incident, is a manifestation of “failed migration policy”.

KUALA LUMPUR: Parents and family members of children enrolled in reputable government residential schools are questioning what they view as an over-emphasis on religious practices that disrupt the pupils’ studies.

Many find that the practice of religious rituals and activities has reached a point that academic performance is affected.

These activities take up too much of the students’ time and energy, causing them to be tired and lethargic at regular classes and revision periods, they told FMT.

“As far as I’m concerned, we did not send our kids to a tahfiz or pondok school,” said Amir, father of a student who took the Sijil Pelajaran Malaysia (SPM) examination last year at a branch of the Mara Junior Science College, or MRSM in Johor.

Parents of other children in the same school told FMT that the situation is worse for those who will be sitting major public exams in Form 3 and Form 5.

They said students were frequently asked to attend compulsory sessions to perform congregational prayers, including non-obligatory rituals such as the solat tahajud, solat hajat and tazkirah, special prayers performed by Muslims in times of adversity.

For most of these prayer sessions, students are required to get up as early as 3am.

Complaints to the headmaster have been futile: the parents were told that the rituals were to get “blessings” and to ensure students obtained excellent results in the exams, thus elevating the status and the name of the school, Amir told FMT.

“But the school’s status won’t go up; they are competing on which school is more Islamic instead of being better academically,” he added.

Similar complaints of religious overtones and symbols in non-residential government schools have also arisen, in the midst of a continuing public debate over Malaysia’s polarised education system.

Many analysts and experts have expressed fears that national schools have ceased to be multiracial. There have also been calls for the government to work towards a single-stream school on grounds of fostering national unity.

Amir, 43, is also a product of MRSM. He said he was happy when his child received an offer to enrol at his old school, as he was convinced of its focus on high quality education.

An obsession with the supernatural

Another parent spoke of her daughter’s bizarre experience of her school’s obsession with the supernatural.

She told FMT that her daughter was told to attend a “ruqyah” session, in which Quranic verses are used to treat a sick person, as well as to cure from the possession of “bad jinns”.

Her offence was missing the Talaqqi, or Quranic pronunciation classes, because she had to attend extra classes in Biology.

“My daughter was accused of being too lazy to study (the Quran) and of having disturbances from jinns. So they told her to come for the ruqyah session. It’s simply unbelievable,” said the parent who wanted to remain anonymous.

She said the teacher had insisted that her daughter attend the Quranic recitation classes, even after being told that the biology teacher had requested that she be excused.

“In the end, my daughter dropped the Biology subject when sitting for SPM last year,” she said.

Amir is also aware of the Quranic recitation class, saying it is subject to an additional school fee of RM200.

FMT has learnt from other parents that Talaqqi classes after school were made mandatory for students from Form 1 to Form 4.

“If they don’t go, they’ll get punished. If they fail the exam, they have to retake the exam,” he said, adding that students who skip class or fail their exams will be asked to memorise verses of the Quran.

Haiqal was surprised when his niece told him of “illogical rules” at her school, such as a requirement that female students wear long pants under their long skirts, as well as gloves and long-sleeved T-shirts during sports and games.

Haiqal said he was told by school authorities that the requirement was to avert male gazes on female students.

“We didn’t have rules like these last time when we were in school, but we were still able to take care of ourselves and dress well to school,” said Haiqal, whose niece is enrolled in an MRSM school in Perak.

Amir also questioned the version of Islam being taught in the school.

He said students were taught to question many traditional Malay-Muslim practices as being bid’ah, or innovations in religion.

“When they go home to their families, they would even accuse family members of committing bid’ah through their religious practices,” he said. “Is this what the school administrators call ‘blessing’?”

FMT is awaiting a response from the schools involved and the education ministry.

Burkina Faso will begin two days of national mourning Wednesday after militants killed 36 civilians in what the government described as an attack carried out by a “terrorist group.”

Armed militants forced their way into a market the village of Alamou in Sanmatenga province on Tuesday and attacked people there before burning the construction to the ground, according to a government statement.

The bloodshed is part of a surge in violence in the West African country that has killed hundreds and forced nearly a million people from their homes.

Islamist groups with links to al Qaeda and the so-called “Islamic State” have carried outa number of attacks against civilian and military targets in Burkina Faso in recent months, including an onslaught on a Canadian mining convoy in November that killed at least 37 people.

“These repeated attacks on innocent civilians call for real cooperation between defense and security forces,” the government said.

President Roch Marc Kabore responded to the onslaught by calling for two days of national mourning. It was not immediately clear who was responsible for the market attack.

Faculty and staff at the University of Minnesota are gearing up to undergo pronoun training in order to make the campus a more welcoming environment for “transgender” and “non-binary” community members.

A university policy first floated in the summer of 2018 and recently finalized dictates that university employees “are expected to use the names, gender identities and pronouns specified to them by university members.” Failing to abide by this policy “could result in discipline,” according to the policy’s FAQ page.

Training for the new policy has begun, The Minnesota Daily reports. The training program involves instructing staff and faculty in the new gender pronoun rules; those staff will then be “tasked with working to educate their colleagues, helping them work through questions and mistakes.”

By utilizing staff members to carry the training to their respective departments, the program “aims to spread education to different areas of the University by assigning staff who are familiar with their unit’s culture.”

As over 40 world leaders gather in Jerusalem this week to commemorate the 75th anniversary of the liberation of Auschwitz at an event entitled “Remembering the Holocaust: Fighting Antisemitism,” the Palestinian Authority (PA) wants to disrupt the ceremony.

The official PA daily published an op-ed yesterday literally calling for murder in order to ruin the ceremony: “One shot will disrupt the ceremony and one dead body will cancel the ceremony,” read one of the more disturbing lines in the article, which was published in Al-Hayat Al-Jadida.

Before calling for murder, regular PA daily columnist Yahya Rabah criticized the international community for recognizing that the “Jews’ Holocaust is terrible” while accepting as “insignificant, beautiful, [and] spectacular” what he called the “Palestinian holocaust by Israel that still continues