Members of the brutal Bloods street gang viciously beat a Muslim man outside the Masjid Taqwa mosque in Brooklyn, New York Saturday evening, according to a mosque member.

The beating was seen as retaliation for a Muslim Community Patrol member roughing up a teenage boy who had reportedly “disrespected” a Muslim woman several days earlier.

The wounded man, described as “beaten up real bad,” was sent to Kingsbrook Jewish Medical Center. He told mosque officials the attackers were wearing the known colors of the Bloods –red and black.

The conflict between the Bloods and Muslim Patrol erupted December 10 after a Muslim Patrol “officer” patrolling around the Taqwa mosque claimed he heard a boy, estimated to be about 16, say something “disrespectful” to a Muslim woman.

The Muslim Patrol member threw the teen against a fence at the Taqwa mosque and held him tightly around the neck while lecturing him, then let him go. The boy subsequently described the incident to his father, a senior member of a Bloods chapter.

A short time later, seven Bloods members — at least one of whom was brandishing a weapon — arrived at the mosque to confront the Muslim patrol member who called for backup.  Additional Muslim Patrol members arrived in their patrol cars, and loud threats were exchanged between the two factions.

The ruckus was quickly broken up when a New York Police Department (NYPD) patrol car arrived and police ordered both parties to disperse.

One member of the Bloods, however, turned toward the Taqwa mosque and told the Muslim Patrol members, “This is not over. It’s just begun.”

“This is going to be a showdown,” said one witness.

Leaders at the Taqwa mosque were not surprised by Saturday’s retaliation against one of its members by the Bloods.

“They knew it was coming,” said one member, who asked not to be identified.

“They (the mosque leaders) held a meeting, and they asked all Muslims who attend Masjid Taqwa and who own guns to come in armed,” the source said. “They told the women not to go outside after dark because they don’t want anything to happen to them.”

Though the Muslim who was attacked did not work for Muslim Community Patrol, he did attend the Taqwa mosque, which has been deploying marked cars made to look like NYPD patrol vehicles in the Brooklyn area.

“The Bloods picked him because they couldn’t find an MCP [Muslim Community Patrol] officer that night,” the source said.  “And he attended the Masjid, so that was good enough for them.”

Some Taqwa mosque members suggested the mosque be closed until the threat passed. The idea was quickly dismissed by Ali Karim, who serves directly under the mosque’s radical imam, Siraj Wahhaj.

“We can’t close the Masjid,” Karim reportedly stated.  “You got to arm yourself, so we are going to be armed. We have to protect the Masjid by whatever means necessary. We must be protected.”

Bloods retaliation is expected not only against the Taqwa mosque but two other Brooklyn mosques as well, Masjid Al-Farooq on Atlantic Avenue and Masjid Khalifah on Madison Street.

The anticipated violence against the Al-Farooq and Khalifah mosques is attributed more to “bad location” than any offense the mosques may have caused the Bloods.

“The Bloods are Gates Avenue Bloods. They’re one of the most dangerous in Brooklyn.  The Farooq and Khalifah mosques sit between the home of those gangstas.  And those mosques are friends with Siraj Wahhaj at the Taqwa masjid,” the source said.

As a precaution against expected Bloods violence, Muslim Patrol members have been instructed to sit in their “civilian” cars, rather than their patrol cars, outside the three mosques.

“There are two reasons for that,” the source said. “First, they don’t want the Bloods targeting them while they sit in a marked MCP car. Second, they’re going to be armed and that’s illegal in New York City. So, if they get caught with a gun inside an MCP car, the city will probably shut those cars down.”

Another problem for Muslim Patrol is that they don’t know exactly which Bloods faction is targeting them.

“They don’t know who the father of the boy is. So they can’t reach out to him to resolve it. But the Bloods have declared them as ‘food,’” said the source.

The source explained that the Bloods consider themselves as “dogs,” and that anyone with whom they have a conflict is “food.”

“Now, once you’re considered ‘food,’ that means you’re ‘food’ for all the Bloods factions, not just the faction that is targeting you. Somebody is going to get shot, I know that much,” the source said.

“That’s why you can’t put these [MCP] cars in those type of hoods. You’re going to the wrong neighborhood with that s—. You’re going to have a war.  So why do it? The longer they keep doing this, this war is going to spread.”

According to the source, neither Muslim Patrol nor members of the Taqwa mosque are afraid of the Bloods. “The Bloods don’t know who they are dealing with,” Ali Karim reportedly stated at the meeting.

And when they skip class? The SpotterEDU app sees that, too, logging their absence into a campus database that tracks them over time and can sink their grade. It also alerts Rubin, who later contacts students to ask where they’ve been. His 340-person lecture has never been so full.

“They want those points,” he said. “They know I’m watching and acting on it. So, behaviorally, they change.”

Short-range phone sensors and campuswide WiFi networks are empowering colleges across the United States to track hundreds of thousands of students more precisely than ever before. Dozens of schools now use such technology to monitor students’ academic performance, analyze their conduct or assess their mental health.

But some professors and education advocates argue that the systems represent a new low in intrusive technology, breaching students’ privacy on a massive scale. The tracking systems, they worry, will infantilize students in the very place where they’re expected to grow into adults, further training them to see surveillance as a normal part of living, whether they like it or not.

Merry Christmas and happy holidays everyone!! On our 2 year anniversary, in a “non traditional” move, I asked PK to marry me and he said, Yes ☺️! Women aren’t the only ones who should get engagement rings! #MerryChristmas #equality pic.twitter.com/hhdm85RoWi 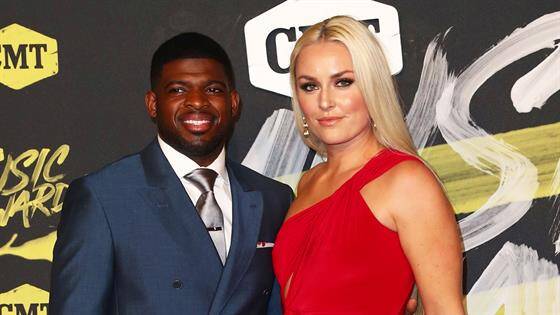 We are constantly told that Islamic jihad terrorists misunderstand Islam and misinterpret its peaceful teachings. How did these Muslim clerics, who have dedicated their lives to understanding Islam properly, have missed all that peace?

“Preaching licenses suspended as authorities launch counter-terrorism operation,” by Hassan Mohamed, Maldives Independent, December 18, 2019 (thanks to The Religion of Peace):

The Islamic ministry has suspended preaching licenses of three scholars accused of encouraging terrorism as the police and military launched a special operation to raid homes of suspected extremists.

The licenses of Abdul Raheem Mohamed from Noonu atoll Lhohi island, Jaufar Faiz from Addu City and Mohamed Hassan from Gaafu Dhaalu atoll Thinadhoo were suspended on Tuesday. Abdul Raheem and Faiz were “spreading hatred, encouraging inhumane and degrading acts and supporting civil wars in other countries,” the Islamic ministry said in a statement on Tuesday night.

Mohamed Hassan’s license was suspended because “he was speaking of disputed issues in Islam in a manner that would cause disunity in the community.” He was also accused of slandering prominent scholars and offering his own explanations and views on social media….

The operation targets a hardline separatist group that was depriving women and children of education, healthcare and vaccination, promoting radicalisation and violent extremism, and recruiting people for foreign terrorist organisations, police said in a statement….The extremists are also suspected of theft and other criminal offences….

In early December, a 13-year-old girl who was raped and impregnated by a member of the extremist group on Maduvarri was taken into state care.

The crackdown comes after the police chief revealed on Monday that there were about 1,400 extremists in the Maldives who would not hesitate to kill in the name of Islam.

According to police, 423 Maldivians attempted to join terrorist organisations in Syria and Iraq, of which 173 people managed to enter the war zones. “Hundreds” of local extremists also travelled to Pakistan and Afghanistan before the Syrian civil war, some of whom have been spreading radical ideologies since returning to the Maldives, Police Commissioner Mohamed Hameed said.

The number of girls sold into forced marriages and the rate of so-called “honour crimes” spikes during the Christmas season, a UK based charity has claimed.

Karma Nirvana, a national charity that trains the police, NHS, and social services on the issue of honour-based abuse and forced marriage, said that the horrific crimes against girls and women spike during the holiday season in the UK.

The charity said that “honour crimes” including forced marriages, female genital mutilation and “honour killings” rose by 57 per cent during December of last year and January of this year, according to The Independent.

Natasha Rattu, the director of Karma Nirvana, said that despite the spike in honour crimes, the charity receives 22 per cent fewer calls from the public and officials during December because authorities believe it to be a low-risk period.

“It is strange you do not get the same increase of calls before Christmas as you get before other holidays because we know that pupils go missing around Christmas. We tend to find it is the week before they break up because travel tends to be cheaper”, Rattu said.

“Those absences go unnoticed because it is Christmas – girls at risk are more invisible at that time of year. Everything before and over Christmas grinds down to a halt. There are often fears among victims about escalation over the festive period”, she added.

In 2017 Breitbart London reported that “honour crimes” rose by over 40 per cent in London over the prior five years, with the rate of forced marriages doubling during the same time period.

The report found that girls under the age of ten were amongst the victims and that women and girls from an “Asian” background comprised the majority of the victims.

Although legislation was passed in 2014 making forced marriage a jailable offence in England and Wales, the practice persists because like other “honour crimes” it is often committed by the victim’s family.

“It is very much a crime perpetrated by the family and the community. It is very difficult for girls to speak out about. Forced marriage is a hidden crime. There is a lack of understanding among all statutory authorities about honour-based abuse”, said Manna Ahmed, a manager at London Black Women’s Project.

The director of Karma Nirvana said that forced marriage is a particularly “troubling crime” because the “unsuspecting” victims often don’t realise what is happening. Many victims are told by their family that they are visiting relatives for the holidays, before getting married off against their will.