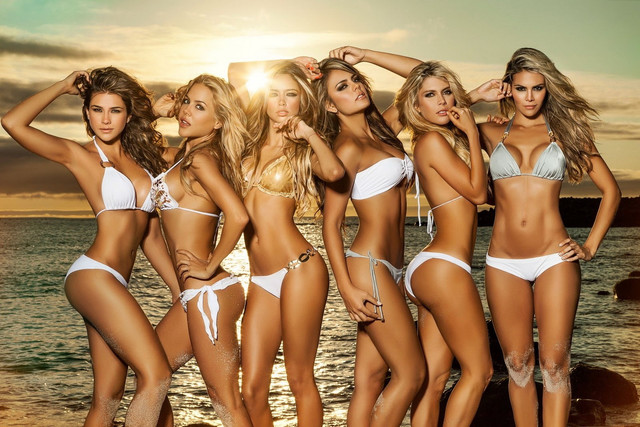 It’s not like Halle Berry and Gabriel Aubry‘s divorce wasn’t already fairly messy from the outside — but to be perfectly honest, we had NO IDEA!

Halle and Gabriel began dating in 2005 and went all the way to 2010. In 2008 they welcomed daughter Nahla, so the contentious breakup came complete with a rough custody battle.

There was even an infamously bloody fistfight between Gabriel and Halle’s next boyfriend, French actor Olivier Martinez, over Thanksgiving dinner in 2012.

"I'm not racist, my wife is Asian!" What will happen when racist, "weird," anti-social, anti-diversity, anti-feminist, anti-black, anti-asian men marry "traditional, family oriented," status-obsessed, racist asian tiger moms who hope their children look white for privilege - and produce half asian sons who look totally asian - and hear "no asian guys", and have to deal with constant racism against asian men? An honest appraisal of self hatred and frightening sociology.

I don’t know much about this guy, but I do know about being a troubled Hapa with a racist, conspiracy theorist white dad and an insane Asian mom who makes you ashamed to be Asian and talks poorly about Asian men while acknowledging that a racist white loser is better than being Asian. I also know what it’s like to be made to feel as if you are “less” for being part Asian (not that it matters to everyone else that I’m only “part”). I’m personally not surprised by trouble hapas; if anything I’m more surprised that there aren’t more of them.

Because that’s what normal, well adjusted men do.

Nobody really knows what goes on in WMAF families, but I do. Been saying it for years. Looks like “movie star looks” didn’t save this guy. (It’s in quotes because he doesn’t have…

An old lawsuit is making waves again, as New York City Mayor Michael Bloomberg mulls a run for president. Bloomberg was accused of responding inappropriately when an employee told him she was pregnant. He also allegedly complained about the number of women on his staff that were pregnant, in addition to making insensitive and racist comments.

Bloomberg’s team has been forced to revisit his old comments, which he admitted were “disrespectful and wrong.” The lawsuit, which was filed in 1997 and settled in the year 2000, was brought by former employee Sekiko Sakai Garrison, who was an executive at his company at the time. When Garrison told Bloomberg she was pregnant, he allegedly responded, “Kill it!” This is an interesting response, given the fact that many on the pro-abortion side act insist that abortion doesn’t kill a human being. Bloomberg also reportedly then continued his discriminatory response by complaining, “Great! number 16!,” in reference to the number of employees he had who were pregnant. He also is alleged to have made sexual comments about his female employees’ looks, allegedly saying to Garrison, for example, “If you looked like that, I would do you in a second.” And while he claimed that this behavior was in the past, as recently as 2012, he was accused of telling guests at a party to “look at the a** on [a certain woman].”

America’s abortion corporation, however, seems more than happy to defend Bloomberg, despite his alleged behavior. Jill Lafer, a former national chairwoman of Planned Parenthood, told the New York Times, “To say he’s one of the biggest champions for women in this country and all over the world would be an understatement.” Yet being a champion for women does not include pushing them into abortions, or treating them like sex objects.

Pregnancy discrimination is pervasive across the country, even today; women have lost their jobs after giving birth, while companies like Google, UPS, Nike, and — of course — Planned Parenthood have all been accused of discriminatory practices towards their pregnant employees.

Bloomberg is now seeing this past behavior come back to haunt him as press outlets begin questioning him due to his impending presidential run. “Mike has come to see that some of what he has said is disrespectful and wrong,” spokesman, Stu Loeser said to the New York Times. “He believes his words have not always aligned with his values and the way he has led his life.” In addition to his crude remarks towards a pregnant employee and other women, the lawsuit claimed he referred to Mexican clients as “jumping beans,” and allegedly told a female employee who needed a nanny that “all you need is some black who doesn’t even have to speak English to rescue it from a burning building.”

Yet while Bloomberg may want people to believe that he has changed, his actions say otherwise, from continuing to make inappropriate remarks, to his decision to usher in policies that have led New York City to become the unofficial abortion capital of the country.

Women deserve better than this, and yet Planned Parenthood and its defenders seemingly couldn’t care less — as long as abortion remains legal and widespread, they’re happy to overlook just about anything.

Thanks to BrotherDanUnlimited for posting this video in the last Open Mic Wednesday. Note, this brother was vocal about his departure from the black witch, let it be known however that most black men who are choosing to walk away from black women are doing so in silence. This brother must be saluted and congratulated to the maximum degree in that he finally recognised that he’s done as much as he can do for the modern day black female and has received absolutely nothing in return. Didn’t I state in Negro Wars that many black men in these latter times observing black women sink deeper and deeper into the mire of filth would with a heavy heart throw in the towel?

Now, you have black women talking the “where are all the good black men gone” garbage, however the truth of the matter as revealed is that black…