The Cyprus Mail has secured a significant investment from a prominent Limassol lawyer that will enable the island’s oldest newspaper to expand its services to its readers. It is an exciting new opportunity.

The support from Andreas Neocleous comes as newspapers worldwide face mounting problems that threaten their survival. Thousands have closed or ended their print editions. But the Cyprus Mail – established 74 years ago – can now go from strength to strength, both in print and online. Visitors to our site already span the globe, from Melbourne and Johannesburg to London and New York. We look forward to welcoming many more.

The new investment will enable us to continue providing our readers with objective and independent news reporting of high quality that has become synonymous with the Cyprus Mail.

“On Thursday, he was sentenced to an additional six months, in addition to the time his has already served since his arrest in June 2016. He must also meet weekly with an imam for religious counselling.”

The order to meet with the imam is predicated on the assumption that jihad terrorism and the Islamic State have nothing to do with Islam, and that Pamir Hakimzadah misunderstands his peaceful religion. Pamir Hakimzadah must be laughing up his sleeve at this aspect of his sentence. 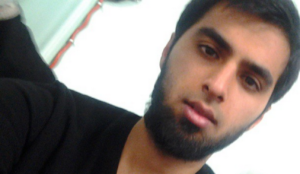 “‘Fulfilling the wishes of God’: The inside story of a police investigation into a Toronto ISIS supporter,” by Stewart Bell, Global News, February 28, 2019 (thanks to The Religion of Peace):

…After returning to Toronto following a failed attempt to join ISIS, Pamir Hakimzadah told a witness “all non-Muslims should be killed” and Canada should be under Islamic law, a Crown prosecutor alleged in documents obtained by Global News.

In the newly-unsealed court transcripts, the prosecutor also alleged that Hakimzadah, 29, said he wanted “four wives and several female slaves” and “he would be fulfilling the wishes of God to kill non-Muslims.”

But despite his alleged extremist rhetoric and 2014 trip to Turkey to join ISIS, Hakimzadah was not arrested by the RCMP until 2016, when he tried to board another flight to Istanbul….

Hakimzadah pleaded guilty on Feb. 1 to a single count of leaving Canada to participate in terrorist activity. The charge related to his 2014 trip to Turkey. He was never charged over his second attempt to leave Canada in 2016.

On Thursday, he was sentenced to an additional six months, in addition to the time his has already served since his arrest in June 2016. He must also meet weekly with an imam for religious counselling.

The judge said his guilty plea, family support and charity work all weighed in his favor. He also had not encouraged others to support ISIS, the judge said. He will be eligible for parole in three months.

Because he pleaded guilty, few details of the case have been publicly disclosed, but transcripts of Hakimzadah’s September 2016 bail hearing allege that in 2013 a witness became concerned about his “obsession with Islam.”

Without telling his family, he applied for a Canadian passport, which was issued on Aug. 20, 2014, when ISIS was in the headlines for its genocide of Yazidis. He flew to Istanbul via Amsterdam on Oct. 22, but a suspicious cab driver turned him in to police.

Unaware he had been arrested, a friend phoned Hakimzadah’s family the next day. He said Hakimzadah “was going to enter Syria to fight for Allah,” alleged the Crown, Jeff Pearson. The friend later clarified that Hakimzadah “had left Canada to join ISIS.”

Turkey held him for almost a month, banned him from the country for one year and deported him back to Toronto on Nov. 19, 2014. The RCMP was not aware he had tried to join ISIS and he was not arrested at the time, but according to the Crown his family knew.

“When Pamir returned home in November 2014, he told his family that he had travelled to Turkey in an effort to fight for Allah, but he got caught. He said that Allah didn’t allow him to fight for the cause at the time, but that he would try again,” according to the Crown.

As the expiration of his Turkish travel ban approached, Hakimzadah told his family he intended to leave for Syria once again, and conducted online research on how to travel there without being detected, the Crown alleged.

“He said that he would have four wives and several female slaves and that he would be taken care of by the state,” the Crown alleged. “Pamir stated that Muslims were being oppressed all over the world and that it was up to other Muslims to go and fight for them.”

“He added that he would be fulfilling the wishes of God to kill non-Muslims,” the Crown said. “He also added that it would be acceptable to lie to non-believers, as it is simply an act of war that all non-Muslims should be killed and that Sharia law should be the law of Canada.”

A witness recalled having 20 to 30 conversations with Hakimzadah about ISIS, Islam, fighting for Muslims, killing non-Muslims, travelling to Syria and dying as a martyr, the Crown alleged.

“I’m going away for the Islamic cause to please Allah. That’s my intention. I’m going to help and fight for the sake of Islam,” he allegedly said in a surreptitious recording, one of several made by the witness.

Another witness said the “entire family knew about him wanting to participate in jihad,” and that when an uncle challenged his ideology, Hakimzadah chastised him for voting in a Canadian election.

According to the Crown, his landlord in Toronto’s Thorncliffe Park said Hakimzadah had said he was going to Afghanistan and that, “ISIS was not extreme in its views and that he supported them and that given the chance, he would join them.”

But Canadian counter-terrorism police only began to investigate once a witness came forward in January 2016 — almost 14 months after Hakimzadah was deported from Turkey over his initial failed attempt to join ISIS.

On June 27, 2016, Hakimzadah tried to board a Turkish Airlines flight to Istanbul. His ticket allowed him to fly on to Afghanistan. The airline prevented him from boarding because he was on the no-fly list….

During the investigation, the RCMP found a handwritten document called Brain Dump, which an Islamic extremism expert said suggested he was “weighing the pros and cons of joining jihad in Syria,” the Crown alleged.

But prosecutors charged him only with one count of terrorism. His lawyer Luka Rados said what Hakimzadah did was “not the most serious terrorist offence,” adding his client was remorseful and open to de-radicalization counselling….

President Donald Trump on Saturday announced that he will sign an executive order requiring colleges and universities to support free speech in order to receive federal funding.

“Today I’m proud to announce that I will be personally signing an executive order requiring colleges and universities to support free speech if they want federal research dollars,” Trump said while speaking at the Conservative Political Action Conference near Washington, D.C.

The president made the announcement moments after inviting Leadership Institute Field Representative Hayden Williams on stage. Williams, an employee of Campus Reform‘s parent organization, was punched in the face on February 19 at the University of California-Berkeley while helping a conservative campus group recruit new members.