Last July, Circanada wrote a piece about Toronto Imam Said Rageah , who spoke about the sinfulness of music. He is quoted as saying; “When you play music all the shayateen [devils] are welcome to your house.”

In August of this year, Said Rageah was a guest speaker of the Salaheddin Islamic Centre in Scarborough, Ontario. This same Islamic Centre will host its annual Winter Conference on December 24-25, 2018. We have written a recent article about a controversial speaker to attend this conference who speaks in a denigrating manner about non Muslims.

Mr Rageah has been known to speak disparagingly of non Muslims as well, and is a strong proponent of sharia. Among other things, he is a believer in the death penalty for apostates. 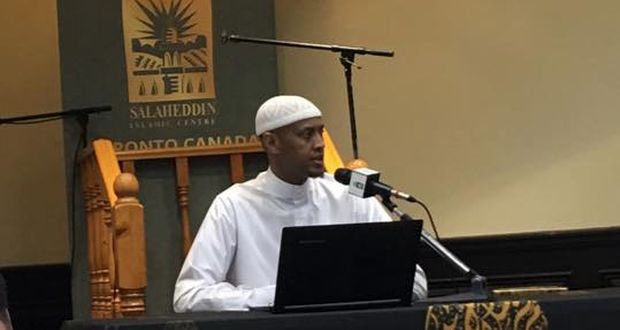