A school superintendent in Georgia repeatedly used racial slurs during recorded conversations and once threatened to kill black workers at a construction site, a lawsuit claims.

The lawsuit, filed on Aug. 1 in US District Court in Atlanta, alleges that Buford City Schools Superintendent Geye Hamby uttered the slurs toward black temporary workers a total of eight times while criticizing them in conversations captured on audio, the Atlanta Journal-Constitution reports.

“[Expletive] that [n-word],” the person identified as Hamby, 49, said, according to the lawsuit. “I’ll kill these [expletive] — shoot that [expletive] if they let me.”

Hamby — who has declined to comment on the allegations, citing the advice of attorneys for the district — also repeatedly used the term “deadbeat [n-word]” while referring to black people, according to the lawsuit filed by plaintiff Mary Ingram, a 66-year-old paraprofessional who worked for the district for 18 years before getting fired last year.

The lawsuit doesn’t indicate exactly when Hamby allegedly made the comments or toward whom they were directed. The lawsuit also doesn’t specify how the recordings were obtained, according to the newspaper.

Ingram’s attorney, Ed Buckley, declined to specify how he obtained the recordings or additional details pertaining to them, aside to say he’s certain Hamby is the person heard on the recordings.

Ingram’s troubles within the school district started after she questioned Hamby as to why the color gold — which stood for the city’s black school district prior to integration in 1969 — wasn’t included in the district’s green and white logo. She later led a petition in support of adding the color and brought it up to the school board in 2014 before floating the idea during City Hall meetings, according to the Journal-Constitution.

“I was afraid we were about to lose our heritage,” Ingram told the newspaper recently. “I wanted them to know it was important to the community.”

Ingram had an unpleasant run-in with Hamby in a hallway weeks later and she was subsequently called into a meeting with Hamby during which he told her he wanted her to tell him in advance what she planned to say during future school board and city commission meetings, according to the lawsuit.

After she refused, saying that would infringe on her First Amendment rights, Ingram started receiving negative performance reviews after years and years of positive feedback. She was also told to stop encouraging students to smile after they got off the bus before school, the lawsuit claims.

Ingram ultimately was fired in June 2017 for “being disrespectful, argumentative and unfriendly” as well as not being a “good fit” in a school environment.

“I couldn’t move,” Ingram said of being fired. “I just froze. My legs felt weak … Before this happened, I looked forward every morning to getting up and going to work to do things for the children.”

Ingram didn’t file her lawsuit until after hearing the audio recordings, she told the newspaper.

“This is the man who is over our children,” she said.

Hamby, whose base salary was $308,000 last year, characterized the lawsuit in a statement as a “personnel and legal matter pertaining to a disgruntled employee.”

An attorney for the school board also questioned the veracity of the “purported” recordings.

“Our investigation continues into this matter, but we are hamstrung in that the plaintiff has failed or refused to produce the original recording for testing or provide any information concerning the background or foundation of the recording,” attorney Walt Britt said.

Eleven percent of students in the district are black, compared to about 53 percent who are white and 30 percent who are Latino, state education records show. The district’s five-member school board, meanwhile, is entirely white, according to the Journal-Constitution.

Billions of pounds would be wiped off alcohol sales if people drank within UK guidelines, according to new research.

A major analysis by the University of Sheffield and Institute of Alcohol Studies suggested that more than two-thirds of alcoholsales in England are to people who are drinking above safe limits.

Around £13bn would be wiped off drinks sector revenues if everyone kept within the guidelines, researchers found.

The end might be near for a seven-year battle that has kept the public from easily finding sales data for homes in the Greater Toronto Area.

The Supreme Court of Canada said it will announce on Thursday morning whether it will hear an appeal from the Toronto Real Estate Board (TREB) that would keep TREB’s members from publishing home sales data on their password-protected sites.

TREB’s fight began in 2011 when the Competition Bureau, a federal watchdog designed to protect consumers by investigating business policies and mergers, challenged TREB’s policy preventing the publication of such information, saying it impedes competition and digital innovation.

TREB, Canada’s largest real estate board which represents more than 50,000 Ontario agents, argued at the Competition Tribunal that posting that data would violate consumer privacy and copyright.

The quasi-judicial tribunal ruled in the bureau’s favour in April 2016 and later the Federal Court of Appeal upheld the tribunal’s ruling, so the board recently headed to the Supreme Court to try to protect the data.

Those currently seeking home sale data usually turn to real estate agents and brokers, who have access to the Multiple Listing Service database, where sales data is compiled when deals close. Others rely on online property value services like Teranet or local land registry offices, which charge a fee for the public to access sales data.

TREB refused to comment on the forthcoming decision, but a spokesperson for the Competition Bureau said if the Supreme Court dismisses TREB’s request to appeal the decision, it will be “an important win for consumers.”

If the Supreme Court refuses to hear the case, real estate lawyer Alan Silverstein thinks TREB will have likely exhausted all the ways of fighting the publication of the data.

“I would think this is the last straw,” he said.

If the data is made available online, buyers and sellers will be able to more easily educate themselves on how to price homes and negotiate and won’t have to rely on realtors for getting information, said Silverstein.

He sees TREB’s fight against publicizing data as “a defense strategy to protect the industry” from losing business to innovators and said it prevents transparency around the biggest investment most people will make.

“(When) I want to buy a laptop or a TV, I can do a price comparison and see what they are selling for, but when I want to buy a house — something I will probably be in debt for or pay a mortgage for for the rest of my life — I have to trust someone else for that information and trust that I am getting the full picture,” he said.

“It shouldn’t be this hard in an on-demand generation, where everything else is accessible.”

REW.ca’s B.C. sales data launch took five years to arrange, mostly because the province’s datakeepers wanted the company to demonstrate that it would be “good stewards of data,” but also because realtors feared the public would misinterpret such numbers, said Moon.

He’s found Ontario’s real estate industry to be even more resistant towards those wanting to publish data because he believes the sector feels the data gives them an edge and widening access to it would put their revenues at risk.

Lauren Haw, the chief executive officer of real estate site Zoocasa, said several companies have already published such data quietly, but they have been served with cease-and-desist orders by TREB.

Zoocasa, which is a TREB member, will make the data public if the board allows it because Haw thinks it will make buyers more educated earlier on in the buying process.

She doesn’t think increased transparency will negatively impact the industry too much because a similar U.S. battle caused little turmoil for realtors and “being the keepers of sold price information is not what we see is the value that an agent brings to the transaction.”

“Any agent that feels that their only reason for being is providing sold data won’t survive long in this industry.”

The study was conducted by the Indiana University and has painted a scary picture of the claim of HIV prevention.

A study has shown that circumcised men in the Mpumalanga province have a higher rate of HIV than those who are not circumcised.

The findings appear to suggest that it needs to be communicated to both men and women that circumcision does not offer 100% protection against HIV according to reports.

Published in the PLOS ONE journal this month it surveyed over 2 300 men across the province who were 40 years and older.

It was conducted by professors from the Indiana and Wits Universities.

One of the professors Molly Rosenberg and Till Barnighausen say it is important to note that circumcision still works to reduce the risk of contracting HIV – with over 27 studies have proved this.

But in this latest study the result has showed the opposite.

Men who reported being circumcised in hospital through voluntary medical male circumcision when older had an HIV prevalence rate of 31% meaning that almost one in three men were positive.

There are three possible theories for the counterintuitive finding Rosenberg and Barnighausen explained.

The first of their three theories is that HIV positive men are opting for circumcision at higher rates.

This may be because they may already be going to clinics and getting antiretrovirals and then make use of other services available at the clinic.

The second theory is that men who are at higher risk of contracting HIV because they have many sexual partners or do not like using condoms opt for circumcision because they think it is a safe solution.

However they then still get HIV from unprotected sex.

It could also be still in accordance with the second theory that men engage in riskier sexual behaviour after circumcision because they know they are at a decreased risk.

But the researchers say the second theory is probably the least likely explanation because multiple studies have showed no evidence for this kind of risk compensation after medical male circumcision.

Deputy director of the Wits Reproductive Health and HIV Institute said if men are taking greater sexual risks after circumcision communication about it needs to change.

“This well-conducted study should make us carefully look at our messaging around circumcision so that we don’t lose some of the impact of this effective intervention” professor Francois Venter from Wits said.

And the third theory is that HIV-positive men are more likely to get circumcised. The study says government policy that HIV-negative men must get circumcised and awareness about its protective effects “gives the false impression that circumcised men are safer sex partners”.

“If HIV-positive men actually take up the circumcision procedure at high rates … [and are seen by women as safer] it may have the unintended consequence of increasing HIV transmission” reads the statement of the finding.

The study also found that uncircumcised men 40 years and older in Mpumalanga showed an HIV prevalence rate of 24% – which means that 1 in 4 men above 40 was HIV positive.

Those circumcised through initiation while they were young had a prevalence of 16% showing that getting circumcised younger really does reduce the risk of HIV.

The researchers wrote: “In our study population of over 2000 men only a quarter reported being circumcised which is actually lower than the national estimate of circumcision rates. So any social desirability bias potentially distorting our findings is unlikely to be very large.

“We strongly support universal circumcision of all HIV-men in SA because it is known with certainty that circumcision biologically protects against HIV-based on three large well-conducted randomised controlled trials.” 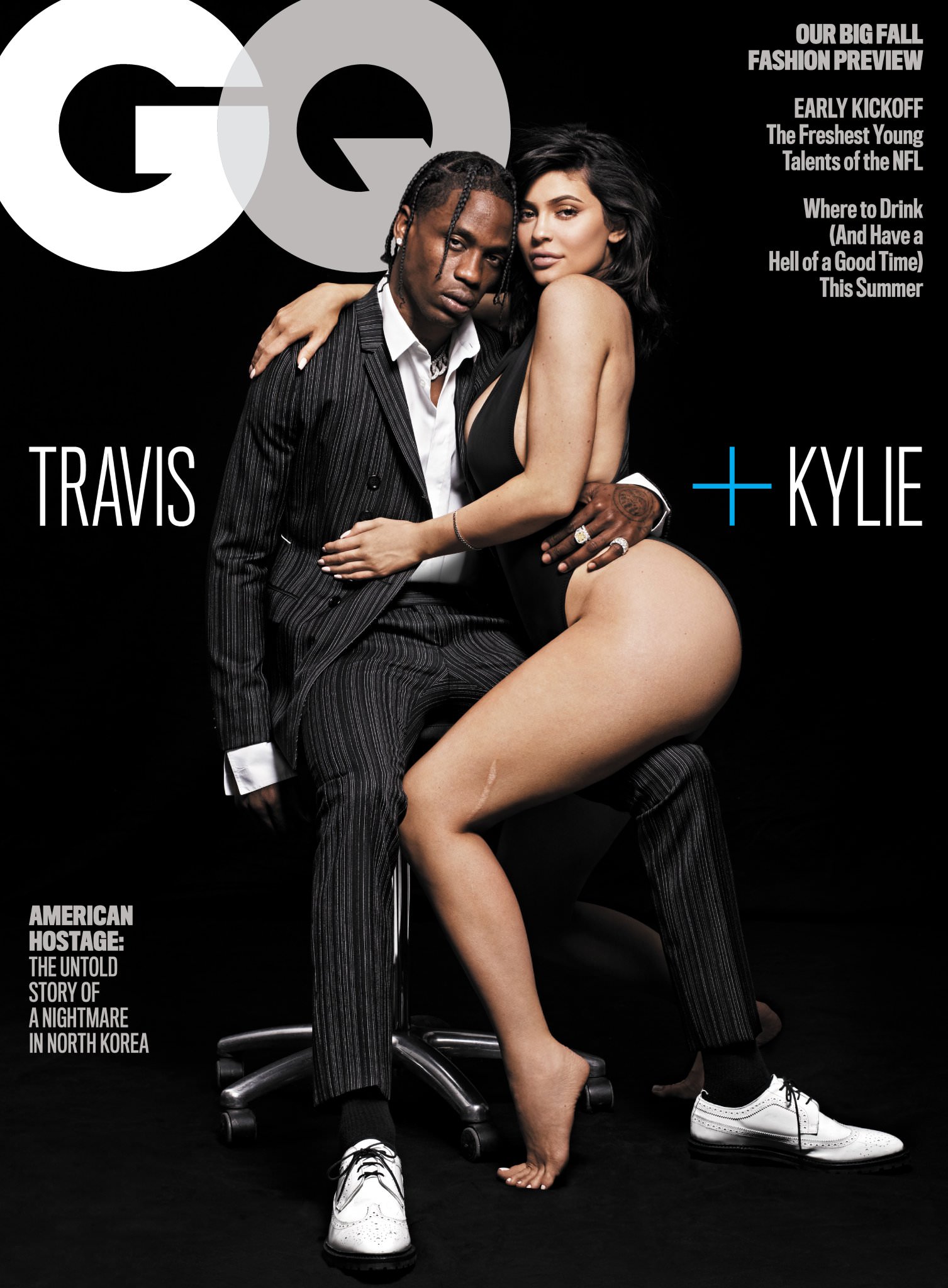