The Israel Defense Force’s “modesty rules,” which ban female soldiers from wearing white shirts, removing their bras and smoking near men to prevent “womanly temptation” for religious soldiers, are infuriating their targets.

Israel’s Women’s Network has reported that female recruits are being restricted by rules that dictate their dress and behavior because of the rising number of Ultra-Orthodox religious soldiers in the army.

“The dozens of testimonies that have reached us at the hotline for female soldiers in the past year and a half attest to what we’ve known for a long time. Commanders in the field deviate from the army’s orders and enforce bizarre modesty rules on the female soldiers, and prevent them from doing their jobs,” Managing Director of the Israel Women’s Network, Michal Gera Margaliot told Haaretz.

The rule about bra-wearing appears the most extreme. Female soldiers have reported they are forbidden from taking their bras off even when they are preparing to go to bed.

“There are two minutes between the inspection at the end of the pre-sleep hour and lights out,” a female soldier said in the report. “If we tried to remove our bras even then, we were caught and given a warning.”

Women are also banned from wearing white shirts at the Shizafon base and Base 80, as well as shorts above the knee in exercise classes to prevent men getting aroused.

A female training instructor was reportedly removed from her role after religious-Zionist commanders said they were uncomfortable with her presence. “The minute you see religious soldiers, you’re deterred.” she said. “They once told us to put pants on over our tights if there were a lot of religious guys in the unit, but few women do. They simply skip the exercise.”

The IDF has a number of ‘hesder’ companies, made up of religious men who combine their time in the army with Torah study. The religious officers complained about female officers smoking near them, even though they had already been given their own smoking area.

According to the report though, it isn’t just the religious soldiers who want these rules. Secular commanders support the measures.

The IDF has experienced a drop in enlistment over the last 30 years as Haredi and Arab citizens aren’t drafted, and their populations grow faster than the overall population. In 1990, three quarters of young Israelis were drafted and that figure is expected to drop to 64 percent by 2020, Haaretz reports.

Female recruits are increasing, however, and the number of Orthodox Jews who are choosing to enlist is also growing.  A bill to incrementally draft Yeshiva students is currently making its way through the Knesset, which could further exacerbate issues with religious soldiers and their female counterparts.

A senior IDF source told Haaretz, “There’s no prohibition against wearing a white shirt and there’s no obligation to wear pants over tights. The same dress code applies to women and men. If there are other instructions, they are exceptions.” 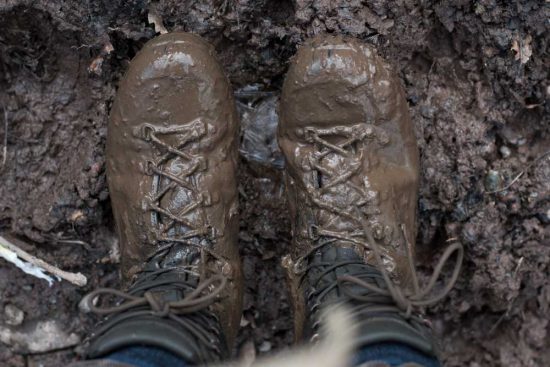