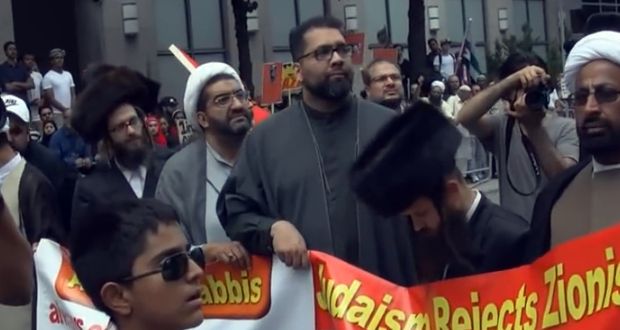 We have spent some time writing about and investigating the events surrounding the Al Quds Day in Toronto on June 9.

This event has created controversy for many years, and concerns have been brought forward, not only with the speeches that were given, but also the attitude and signage of the participants.

Counter protesters recall small children walking past them, chanting ‘death to Israel’, while drawing their fingers across their throats.

During International Al Quds Day  held July 26, 2014 in Toronto , Shiite imam Asad Jafri delivered a speech in front of the American Consulate. The following are excerpts from Jafri’s speech:

“Al Quds rally in Toronto: “Your days are…

”Hi, I am looking forward to live rest of my life happily and peacefully. I have got my girl who is 17 years old and doesn’t need a father but surely wants a friend and would love to see her mom happy.”

Expectations like these from women is not new. While she and her daughter already eliminated the need of the father in the house, they still need a man. The single mother in question wanted a friend for her daughter who would marry her. Men in second marriage very often find it difficult to adjust with such grown-up children. Added to that, if a mother already belittles a father, then can a child ever respect the man who marries her mother? How will such a child ever respect any man? No matter what, the daughter will always choose a friend who is close to her age. Then why seek…