Municipalities in low-lying areas across Quebec have already begun stockpiling plastic bags and piles of sand in case of flooding this spring but a mechanical engineering teacher at McGill University believes he has a better, faster way to contain rivers and prevent neighbourhoods from being flooded.

Amar Sabih is testing a system that involves plastic sheeting similar to what is used in above-ground pools, backed by metal barriers.

He said that it could work just as effectively as sandbags, if not better, but be installed with much less labour.

“What you need [is] to make a structure [on the] your side of the house, on the other side of the street and you put similar material to what you use in the swimming pool but you just send it to the street,” said Sabih. “Then the good thing about this material is it is very flexible so it will take all the shape of the street, the sidewalk, whatever there, and when the water of the flood arrive there and come on top of it, it will exert enough force to keep it in position.”

Similar products have been tried or are on the market, but Sabih said while the material may be expensive, governments could find it less expensive than buying sand and bags which cannot be reused.

“It has been used by other companies that are mostly bankrupt because no one is willing to pay USD$400 for one metre,” said Sabih.

He said one advantage of his proposal is that could employ metal barriers that are already used by municipalities for crowd control.

A second advantage is speed, and Sabih demonstrated setting up a portable dike about 10 metres wide in a matter of minutes — something that could easily take more than an hour to do while piling sandbags.

“If you take sandbags in one truck you’ll save two houses maybe, but this will save about 30 houses,” in the same amount of space, said Sabih. 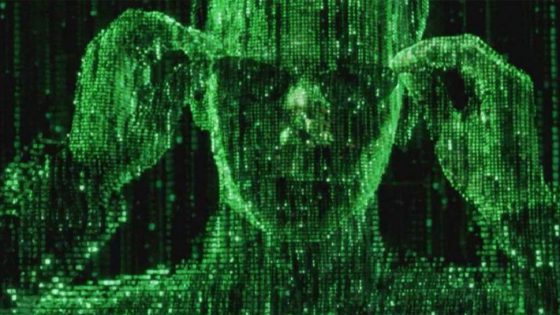 Exactly what code is this guy talking about? The only code that exists within black society today is “don’t criticise black women no matter what dysfunctional behaviour they put on display, however black men are always fair game no matter what the weather”. Of course guess who are the ones who have injected this reprobate mindset into black society, that’s right, black women and fellows like Reid are only too willing to assist them in their continuation of evading accountability and responsibility.

Again, folks like this believe that they can implement some sort of orderly conduct within black society without first reprimanding and bringing into line the very women who are destroying the same. I stated this in Negro Wars and my words have proven themselves true to this day, sorry, that is NOT going to happen.

It is the men who enforce any code of conduct…