Earlier this night JDL-Canada organized a vigil and protest to commemorate the brutal murder of three Jewish teenagers near Hebron in Judea and Samaria. The murder was committed by Muslim terrorists and it is just the beginning of the new wave of crimes to hit Israel after the unification of the two terrorist organizations – Hamas and PLO.

The protest was supposed to take place in front of Palestine House, a notorious organization with links to the Palestinian extremism. Because of those links and other shady activities, it was stripped of its funding by theGovernment of Canada.

Mississauga based Al Ayam Arabic bi-weekly newspaper published (Issue 8, June 30, 2014, P. 10) an article dealing with the month of Ramadan, which was penned by Canadian Imam Ahmed Shehab, former President of Um-Al-Qurra Islamic School whose name was mentioned in connection to the investigation of the September 11 attacks.

In this article, Ahmed Shehab illustrated the great importance of Ramadan in the life of Prophet Mohammad and urged Muslims to follow the behavior of the last messenger of Allah.

The following are excerpts of the article (translated from Arabic):

“[Title:] With the Prophet, peace and blessing be upon him, during the month of Ramadan…

“The [Prophet], peace and blessing be upon him, used to carry out the jihad during the [month of] Ramadan and to order his companions to strengthen themselves for encountering their enemy…

“The bottom line is that the month of Ramadan was a month of diligence, jihad and sacrifice in the life of the Prophet, peace and blessing be upon him, and not as many Muslims in our time who do not understand this and turn it into month of indulgence, laziness, inactivity and idleness.

“O Allah, help us to follow the tradition of your Prophet, peace and blessing be upon him, and bless us with his way of life [Sunnah], and our nation with his [Islamic] Law [Sharia].”

More on Ahmed Shehab at: The position of Muslims of Calgary (MCC) on freedom of religion and freedom of speech
http://jonathanhalevi.blogspot.ca/2014/07/canadian-imam-muslims-should-follow-way.html

In this episode Tariq has a conversation with a caller who is suspected of being a white supremacist. 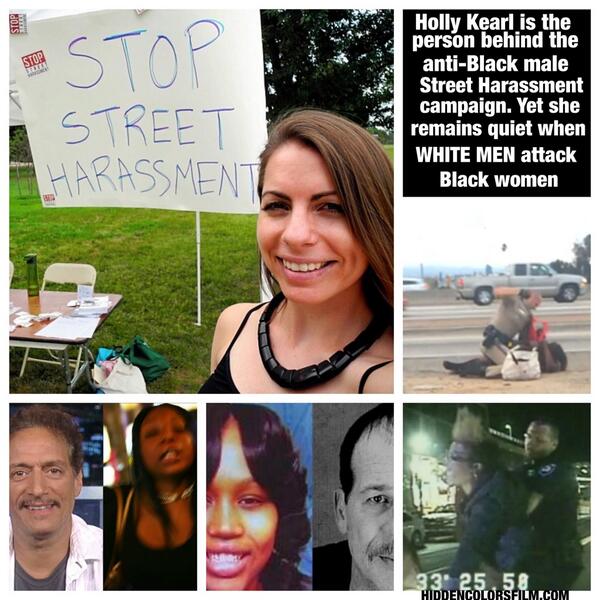 The person behind this new Street Harassment campaign is a white lady named Holly Kearl.Think about that

The person behind this new Street Harassment campaign is a white lady named Holly Kearl.Think about that #YouOKSis 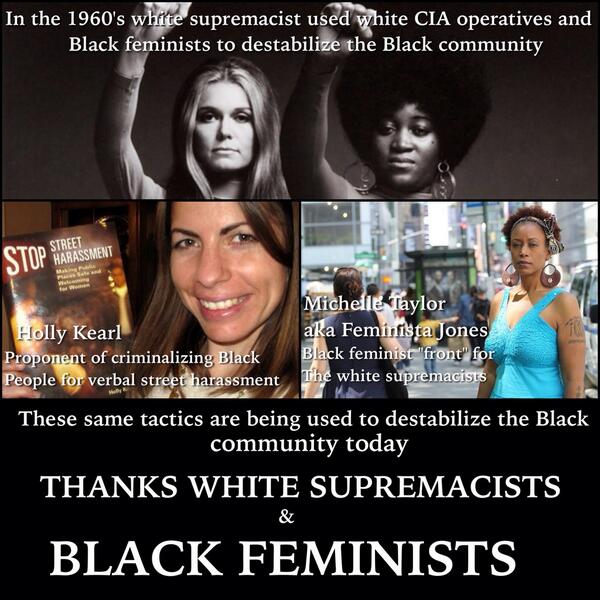 Compliments of #YouOKSis. So let me get this right, we want to give more protection to women like this…??