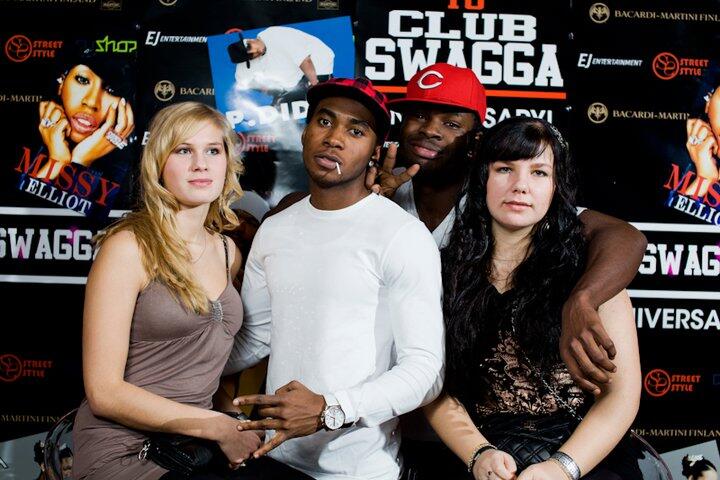 nope no word form the christianists who call themselves “counterjihadists”

publicans have decided to start waging war on a ubiquitous and generally noncontroversial part of American life: no-fault divorce. Scott Keyes, writing for theWashington Post, reports on this alarming trend, one that has largely flown under the radar, of Republican-controlled state houses pushing for waiting periods, mandating marriage classes, or even eliminating no-fault divorce entirely. Rick Santorum, Michele Bachmann, and Rick Perry have signed a pledge from Family Leader, a Christian-right group, denouncing “quickie divorce” and urging couples to endure a “cooling off period.”

The hope is that by making divorce a hassle, or forcing couples to really think about what divorce means, the government can encourage/make more couples give up on the idea and recommit themselves to marriage. This is, of course, not the government’s job. But also, by artificially elongating the divorce process, the state simply creates more time for all the petty, embittered bickering that divorce tends to cause, as anyone who’s actually ever been through a divorce, or known anyone else who has divorced, or is the child of divorce can tell you. A cooling-off period is just more time for adults to squabble over who gets the lamps and chairs and try to assign blame for the relationship’s demise. It’s the children who end up suffering, as marriage historian Stephanie Coontz argues, telling Keyes that mothers and fathers are “more likely to parent amicably if they haven’t been locked into a long separation process.” 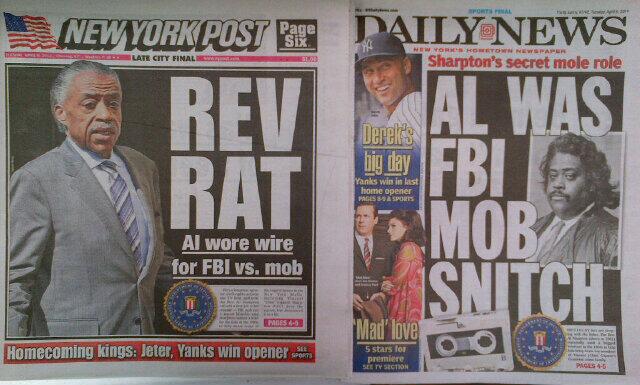 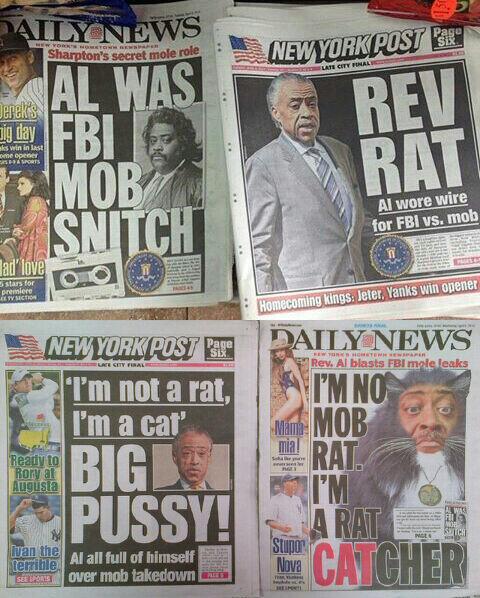 so what else is new?

Australian director Alex Proyas’ blockbuster Gods of Egypt started shooting in Sydney last Wednesday. The $150 million epic centres on the showdown between the evil god Set (Gerard Butler) and Horus (Danish Game of Thrones star Nikolaj Coster-Waldeu). It also stars “our own” Geoffrey Rush as the sun god Ra and Brenton Thwaites as a “common thief” who joins the mythical figures on their magical quest.

In other words, it’s a film set in Egypt with Egyptian characters, but (with the exceptions of Chadwick Boseman and Elodie Yung in minor roles) a white cast.

And so, the time-honoured tradition of Hollywood whitewashing continues.

piss off a feminist by playing this song.

normally i would not embedd youtube videos because they slow down everything. this will be an exception

college feminazi cunt  get dj fired after play the song

Helen Ukpabio runs an evangelical Christian organisation in West Africa called the Liberty Gospel Church. When she was consecrated the first “lady apostle” politicians and minor celebrities attended the ceremony.

Ukpabio is a self-styled “witch hunter” who has published her views around the demonic possession of children in several books and films. In one pamphlet she states that:

“If a child under the age of two screams in the night, cries and is always feverish with deteriorating health he or she is a servant of Satan.”

She doesn’t mention that these symptoms are quite common, they could be toothache, they could, in impoverished rural Nigeria, be malaria.

In the film, End of the Wicked, by Ukpabio’s film production company, Liberty Films, part of the Liberty Foundation Gospel Ministries franchise, child actors are shown to eat human flesh and murder their parents. She has defended the film as being fiction, just “like Harry Potter”.

What isn’t tackled in these films, books and sermons, is the huge problem of child abuse, abandonment and sometimes murder, that has happened in Nigeria and several other countries as a result of such beliefs that children can be possessed of demonic spirits.

(Reuters) – A veteran rebel leader from Sudan’s Darfur region accused international peacekeepers on Friday of turning a blind eye to what he called a renewed campaign of ethnic cleansing by government-backed Arab militias.

International efforts have largely failed to end violence in the arid western territory, more than 10 years after Khartoum unleashed militias to try and crush a rebellion by mostly non-Arab insurgents.

Frustrated with the lack of progress, the U.N. Security Council last week demanded improvements in the joint U.N./African Union peacekeeping force there, and urged Khartoum to improve cooperation with the mission.

“UNAMID (the peacekeeping force) is there to protect civilians and monitor peace, but it is not doing its job. It is covering up the crimes of the Sudanese government and legalizing genocide,” Minni Minnawi told Reuters during a visit to Paris.

“There is a military escalation in Darfur. Each day Janjaweed armed militias are targeting civilians and burning villages. They are not fighting rebel movements, but attacking civilians,” said Minnawi, the leader of a faction of the rebel Sudan Liberation Movement that has also carried out large-scale attacks.

Janjaweed is a name used for militias drawn mainly from the areas’ s nomadic Arab tribes of the area, that rebels and campaigners blame for much of the killing since 2003.

No one was immediately available to comment from UNAMID or Sudan’s government.

Washington and rights campaigners have called Khartoum’s crackdown in the region “genocide” – a charge dismissed by Khartoum. Analysts have also accused rebels of carrying out atrocities.

Most of the “counterjihad” movement are made up of christianists, evangelical, theocratic hypocrites that supports the right of their flock to descriminate base on their primitive superstitions claiming “freedom of conscience” but cry sharia encroachment when muslims use those same rights.. recently a state declare Muslim appreciation day. the hypocrites where angry crying “creeping sharia”. But are silent when state legislatures enacting bills which would allow christianists to use religion to discriminate against gays.

this latest case in Iowa the same state that a few days ago declared a “muslim appreciation day” which is just as unconstitutional is an example of christianist encroachment but the counterjihadists will ignore this one like they did in recent cases..  I will  support the counter jihadists that are secularists and support the separation of religion and state.

The astroturfed pandemic of Christian self-righteousness continues to plumbnew depths, proving that like their Bible, there isn’t a part of the Constitution they won’t ignore, twist, or warp, in an effort to shore up their abjectly amoral personal outlooks.

Iowa Governor, Terry E. Brandstad, recently proved that by signing a proclamation that spits in the face of the Bill of Rights. With a stroke of his pen, Terry E. Brandstad signed away the separation of church and state, undermining a vital piece of our Constitution already barely supported by crumbling, termite-eaten, water-rotted wood.

The Proclamation says that “in the name and by the authority of the State of Iowa … all Iowans who choose to join in thoughtful prayer and humble repentance according to II Chronicles 7:14 in favor of our state and nation to come together on July 14, 2014.” You cannot do this. Separation of church and state prohibits states from supporting any religion, but they don’t care about the Constitution anymore than they care about the Bible. They want a document that proves them right all the time; they love the idea of these documents, but not the documents themselves.

The #cancelcolbert campaign by Suey Park met with limited success.
For while Colberts show is indeed getting ‘cancelled’, firstly this is nothing to do with Suey Park, but rather such that Colbert can start hosting the very popular ‘Late Show’.

The witnessing and writings by the “apostle John” are too good to be true. Precisely. They are not true.

is it any surprise that organised religion draws into itself the lonely hearts and the abandoned?

Critics say the project’s underlying objective is to convert non-Muslim children to Islam by bringing proselytizing messages into public schools under the guise of promoting multiculturalism and fighting “Islamophobia.”

The group recently ran an advertisement promising to pay 250 Czech korunas ($13 dollars) to any student aged 15 to 18 years who would attend a two hour presentation about Islam.

More recently, Muslims in the Czech Republic have tried to ban a book they say is Islamophobic, and have filed a ten-page criminal complaint against its formerly-Muslim author.

Link to video:
http://www.youtube.com/watch?v=QzfRDZmuFUI&list=PLmWYEDTNOGUKmWVFgawRdQBeexOP2U688
”Kállay-Saunders will represent Hungary at the 2014 Eurovision Song Contest
in Copenhagen with the song Running”

Comment by Ulf
This Hungarian American schmuck
http://en.wikipedia.org/wiki/Andr%C3%A1s_K%C3%A1llay-Saunders
will spread his misandric propaganda, singing ”DADDY, WHY, WHY, WHY?”,
all over Europe at the Eurovision Song Contest in København (Copenhagen) –
if he will get the votes to be in the final on Saturday May 10th, 2014.
The video features an angry and violent man portraying ”Daddy”.

When idiots buy the popular feminist notion that all men are animals,
violators, women beaters, child abusers and child molesters –
society is in deep shit.
Child abuse is a serious violation, commonly perpetrated by women
because they win in custody battles, our children are being ”taken care of”
by women in the kinder garden and are being taught by female teachers.

But society turns a blind eye, like they always do.
It´s much easier to blame men for everything than to address
the problem properly and try to find a solution
or at least some way of reducing the problem.

So you can´t see your kid/kids anymore after your
divorce or separation?
Maybe now you understand the constant uphill struggle
for father´s rights activists. Become involved today –
or feel sorry for yourself for the rest of your life.